I’m writing this post to vent some sort of lingering resentment and rage that resides deep within me from my days of doing group projects at school.

As far back as I’m sure most of us can remember, school often involved working with other students. Hell hath no fury like a group project. 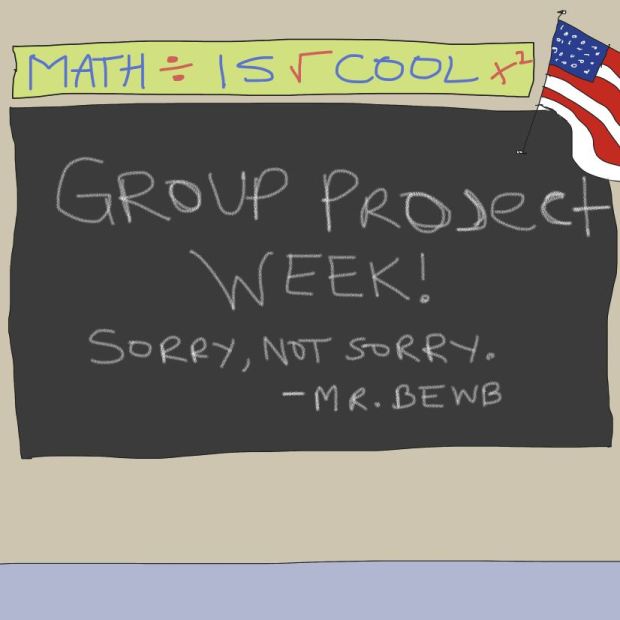 Chances are, if you’re reading this, you were like me – you found that you were the person in the group who did all the work. The other group members were, basically, incompetent hyenas. (By the way, I would’ve rather worked with a group of incompetent hyenas than most of the people I was forced to work with.)

Teachers would revert to the same lengthy explanation of why exactly we were working in groups. It was always the same, and can be summarized with 5 main points:

5. Group work shows students that five heads are better than one.

You probably know what I’m going to say….

The previous five points are all utter crapsauce, in my most humble opinion. We have been fed lies I tell you, lies. Without further ado, allow me to break this down, point by point, so we all can gain a clearer understanding of why the 5 points supporting group work are really 5 points supporting slow mental collapse. 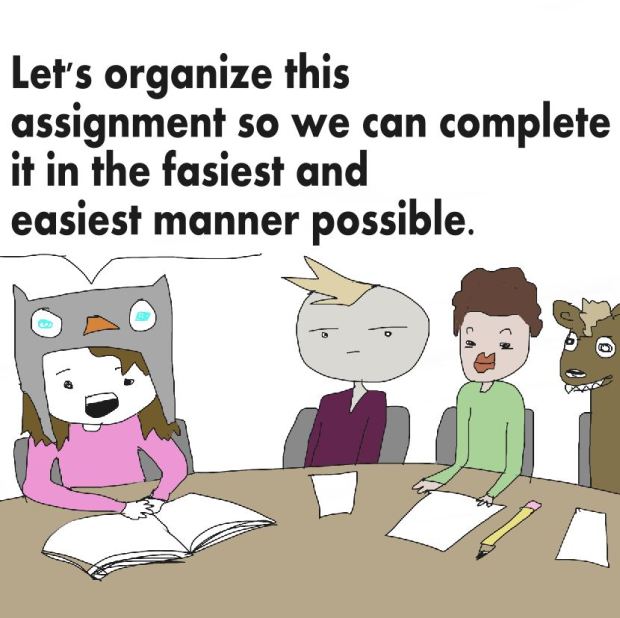 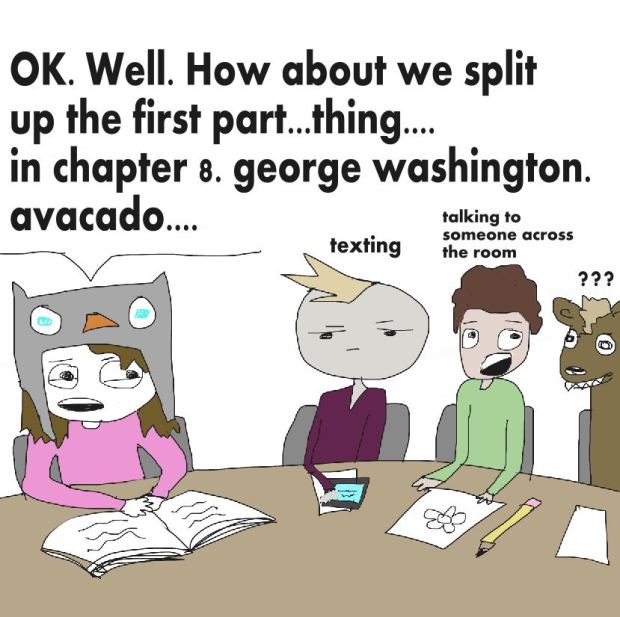 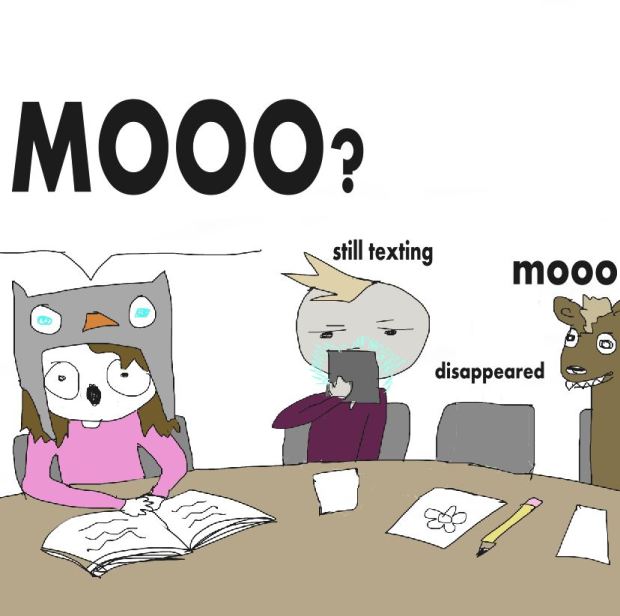 What a joke. Students know that “delegate responsibilities” is code for “split up the work and hope that everyone does they’re part or the entire group is screwed.” If you know that some members of your group are not responsible students, why on this great earth would you give THEM the responsibility of a project for which YOU will be graded? I can only be responsible for myself. (I refuse to be held accountable for Jimmy, because he doesn’t give a flying crap about destroying the whole group by being an inept hyena). 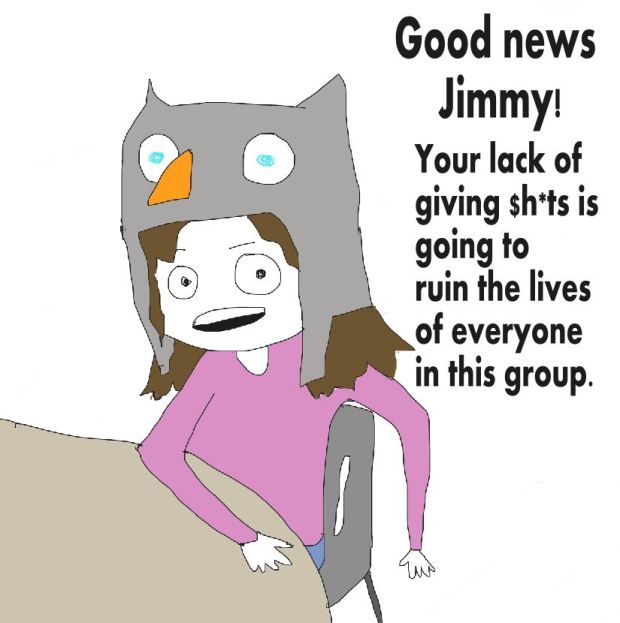 As for trust, in a group project, there is none. (The only exception to this is when you remembered that that one student in your group did a group project with you two years ago in a history class, and they demonstrated they were not an inept hyena back then, therefore, they are probably still trustworthy, and you make them your secret group ally).

If you KNOW that a person in your group is not a responsible person, why should you trust them? Again, I can only be responsible for myself, so in the end, I can only trust myself. The responsibility/trust thing kind of go together….a lot.

I’m going to be a terrible person right now: I value diverse ideas in a group project as long as those ideas do not come from an inept hyena. When they do, they drag the entire group down into pit from which none return; a pit of inept hyenas. 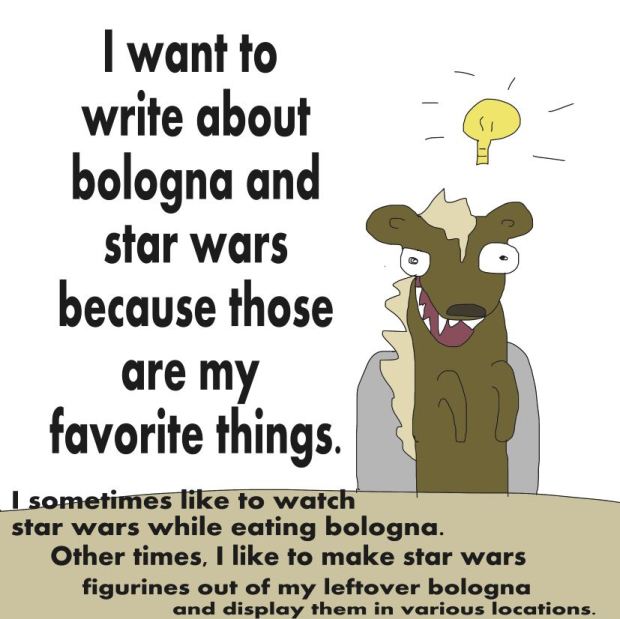 You can hear the low groaning of students as they struggle to arrange their insane schedules to work with five different people – each with their own insane schedule – on a project. 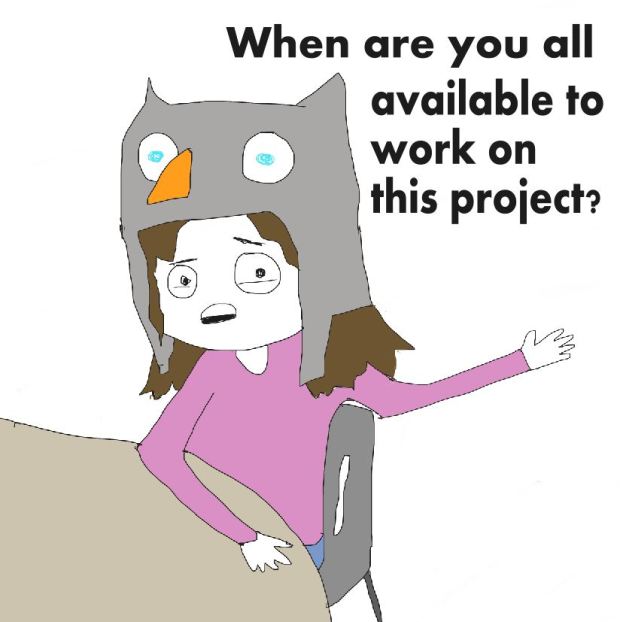 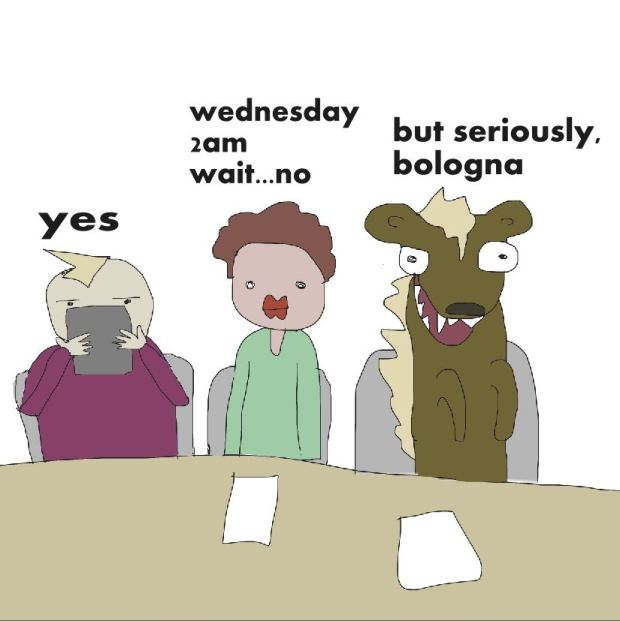 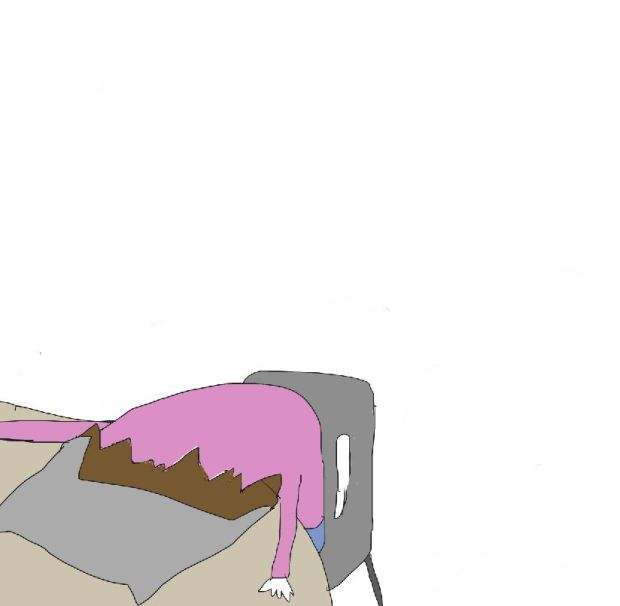 5. Group work shows students that five heads are better than one.

Point number five contains the largest amount of crapsauce. Clearly, five heads are only good if the five heads have known each other for a long time, and have established a solid social and working relationship which leads to trust and success required for working in groups.

Group projects in school never work like this. I for one know that one head – my own head – is better than sharing it with four other heads in this particular circumstance. 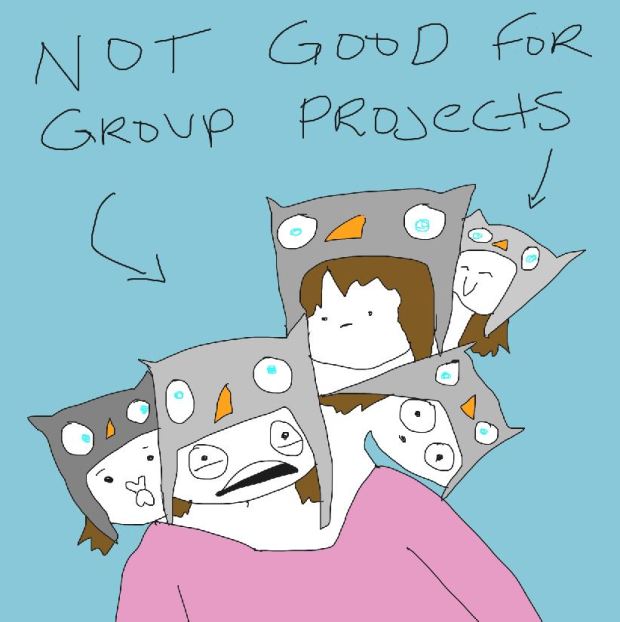 In brief summary: group projects suck. Nobody can be trusted, especially inept hyenas.