Have you ever been to Billy Beez? If you haven’t, imagine the play space in a McDonald’s (giant slides, ball pit, tunnels, etc.) multiplied by 50 and set in a space the size of a typical Sears, and you’ve got Billy Beez. 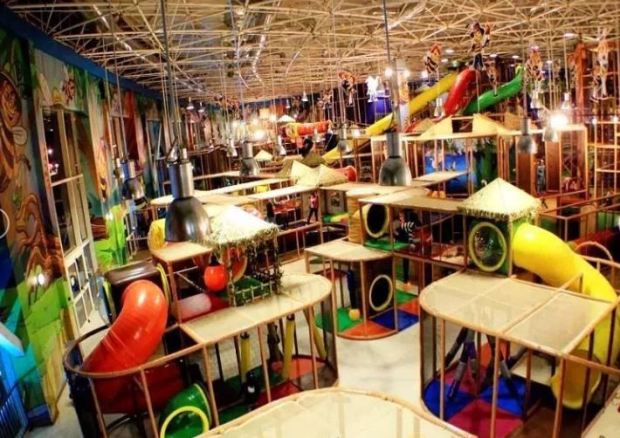 I had the pleasure of going to Billy Beez with my sister and her two toddlers recently. Arriving at a little after 11 am, we found the place uncrowded and fairly quiet. Ripping off my shoes and putting up my hair in a half-attempted bun, I joined my sister and nephews as we sprinted into the utopia of a playground in front of us.

Initially, things were going swell. I managed through tunnels and down a cool red slide. And right there is where my good fortune ended.

As we rose higher through the maze of equipment, I discovered certain areas were nearly impassable for someone of my particular neurological makeup. 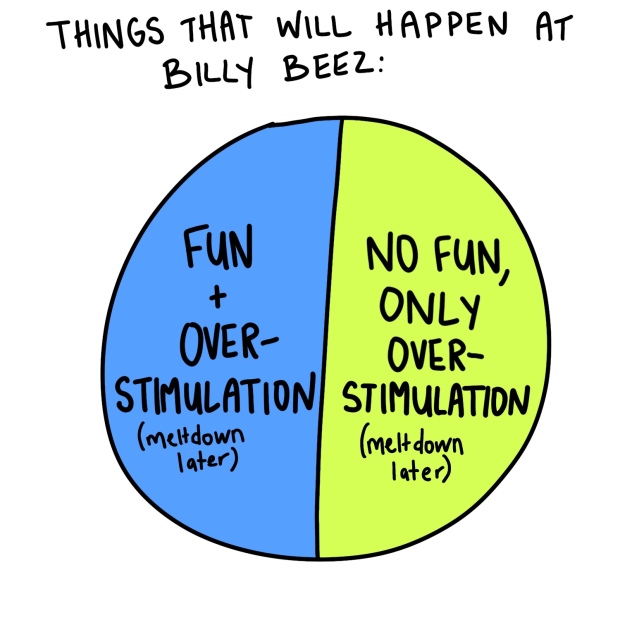 Through one stretch of walkway, the floor was made of some kind of see-through material.  This was no good. My brain was furious with the idea of walking on a surface that allowed me to see the ground very far below. I tried to remind myself that many people don’t enjoy this either, but that didn’t change the fact that I was the only person in Billy Beez who seemed incapable of walking across this surface. Naturally, I retreated hastily and found another path. 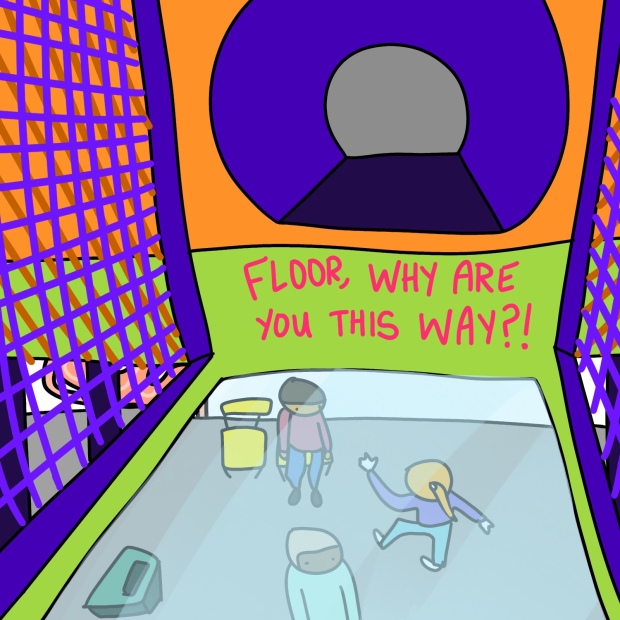 I have made it this far in life by relying on avoidance, and I wasn’t going to quit now, dang it.

Soon enough, Billy Beez began to grow more crowded with families. My nephew – who I call Gilly – and I were about to ascend once more when I noticed we were joined by a girl of about three years old. I looked back but saw no parent or guardian in sight. It was hard enough for me at times to get through this obstacle course, let alone help along a small toddler. Now, we were a party of three, embarking on a new perilous journey for which I was wholly unprepared. 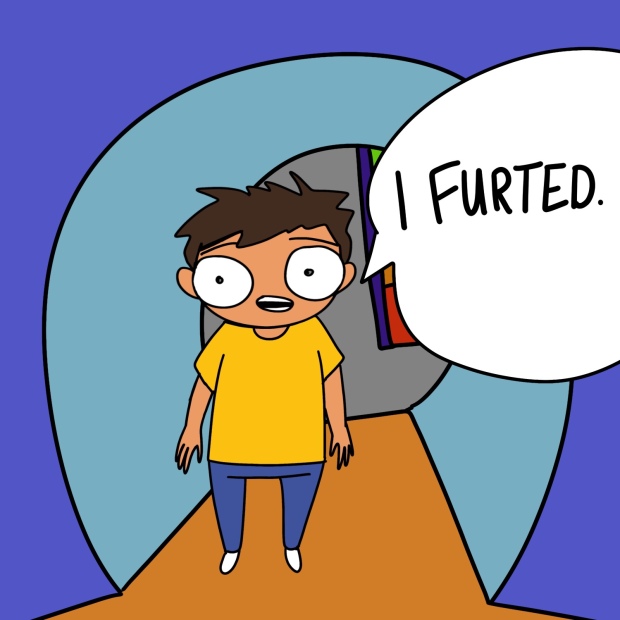 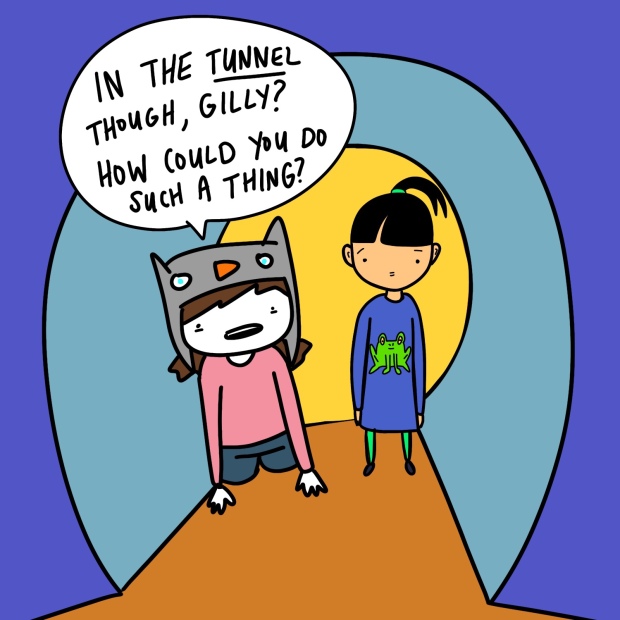 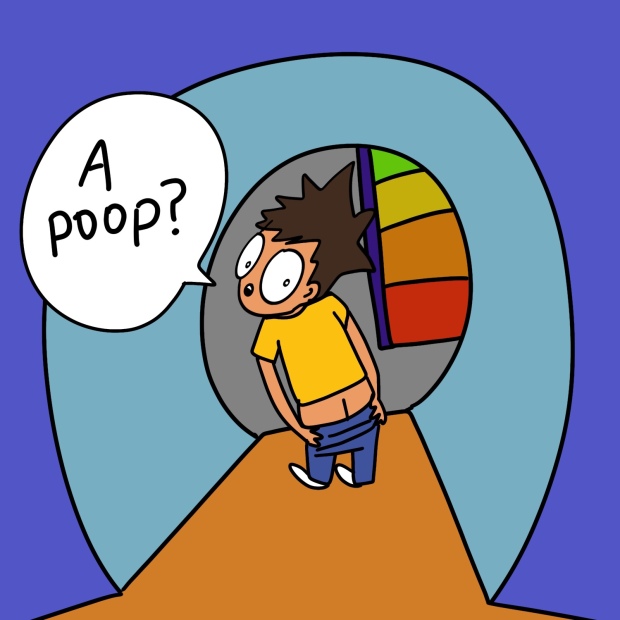 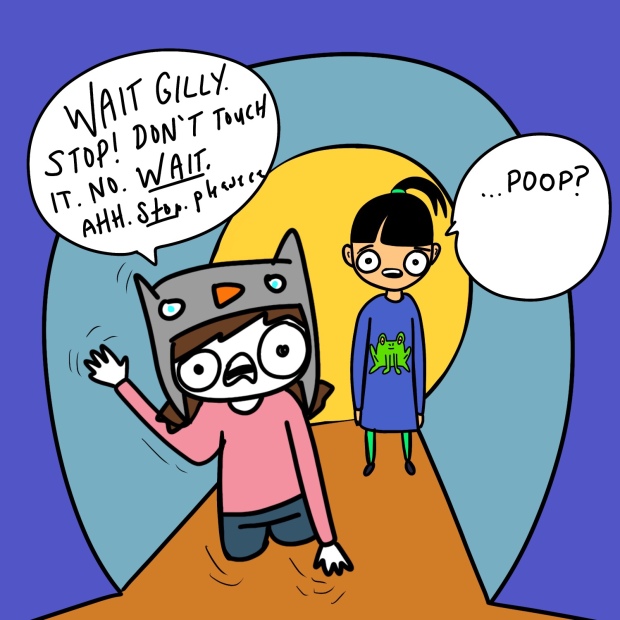 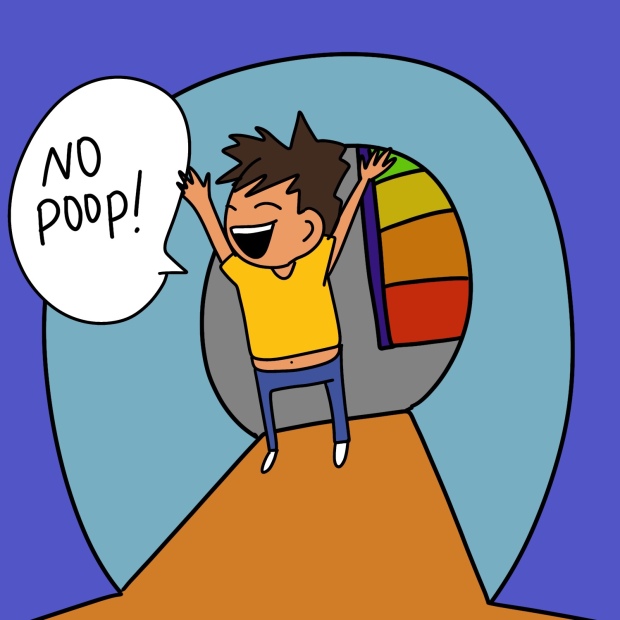 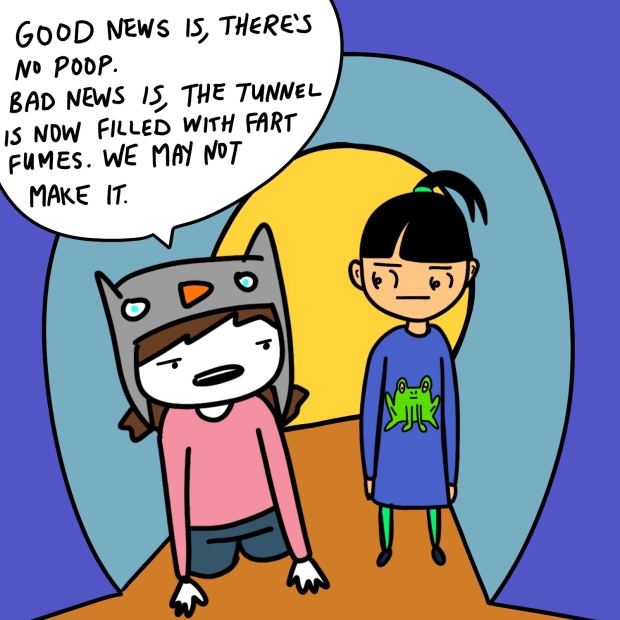 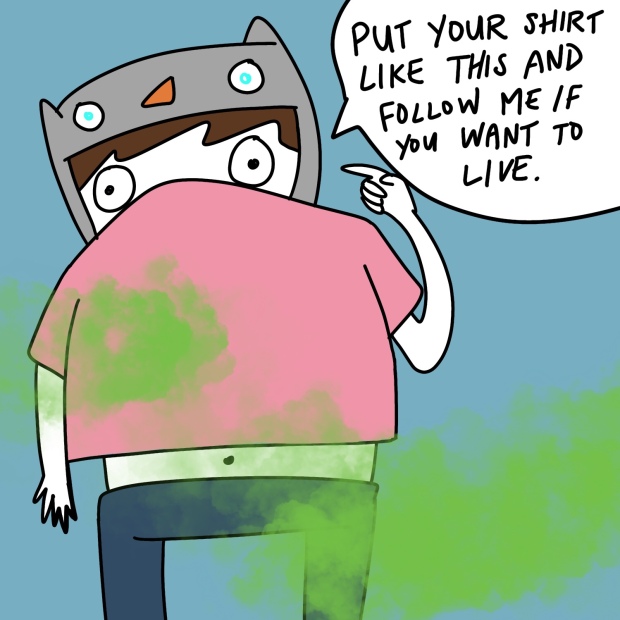 After making it through a series of tunnels and steps, I was pretty full of myself. We’re doing it, I thought, we’re gonna make it.

Elation turned to panic, when out of literally nowhere, two more toddlers decided to join our gang and now I was responsible for what could best be described as the worst fellowship of the ring. They were my Frodo, Sam, Merry, and Pippin, except they were all in diapers, and we were in a playground maze three stories high with no eagles to help us. 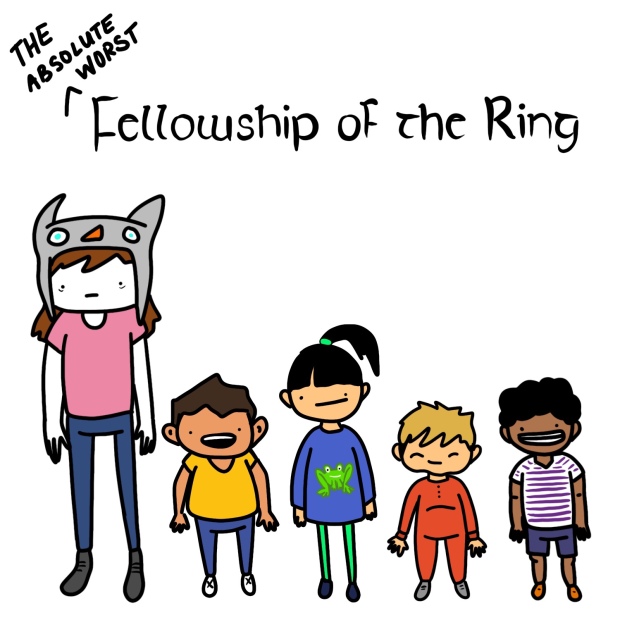 Did these two new toddlers have any parents with them? No, of course not.

Letting your small toddler roam through this massive arena alone is borderline neglectful, as it’s too dangerous without constant supervision. If that’s not enough of a reason, our crappy little fellowship soon discovered that 80% of the slides had big signs next to them that read, “AGES 5 AND UP ONLY.”

I had to wonder, did Billy Beez think kids under the age of five could read the sign telling them they are, in fact, too young for the slide? The list of slide warnings was never-ending and alarming:

Try leading a group of toddlers to a big fun slide, and then having to tell them that none of them could go down the slide. Nobody in the fellowship liked me at this point, but someone had to keep us alive. I went down one of these monster slides earlier, and it was extremely rough and fast. I couldn’t imagine what it would do to squishy tots, whose bodies are made of the same material as Play-Doh. 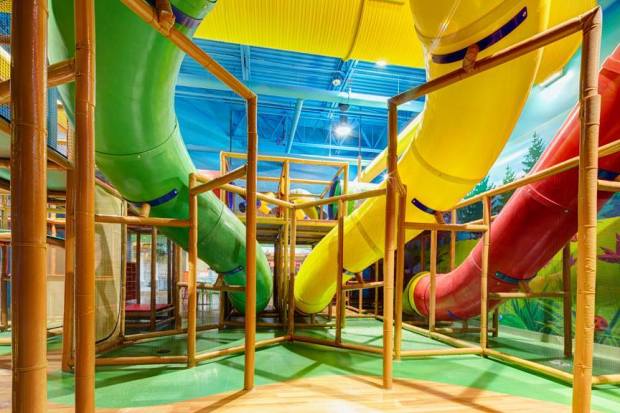 I convinced my group of Billy Beez orphans that we should try to make it to the big blue slide I appropriately named, Big Blue. Although it was a big slide, it was much safer for all of us. With their approval, we marched onward until we came to another fork in the road. Well, a fork for me. 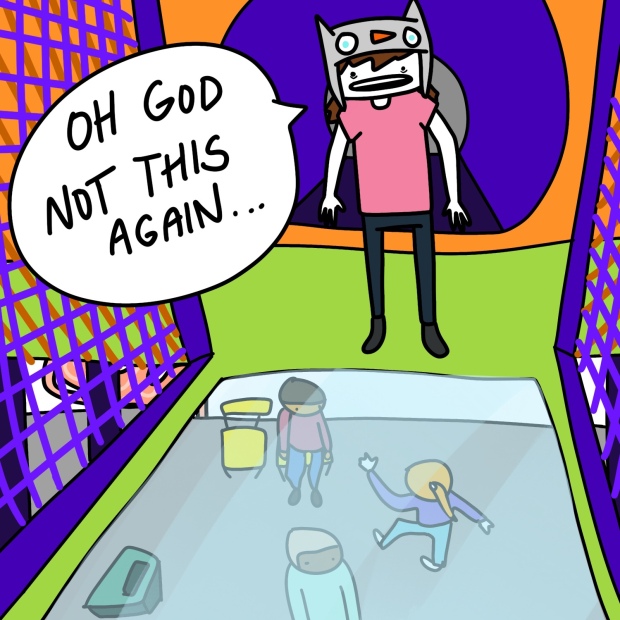 All four of the toddlers easily went ahead of me, disappearing up some colorful steps.

Naturally, nobody listened. It was do-or-die, now-or-never. The fellowship wouldn’t survive without me. One of them would take a wrong turn and lead the rest of them to another tube slide with a warning sign they couldn’t read, and all of them would be doomed. With great shame in my heart, I pulled my body like a freaky inchworm across the side of the floor. Other children behind me stopped and stared at my butt, probably feeling sorry for me in a way that I don’t particularly care for. 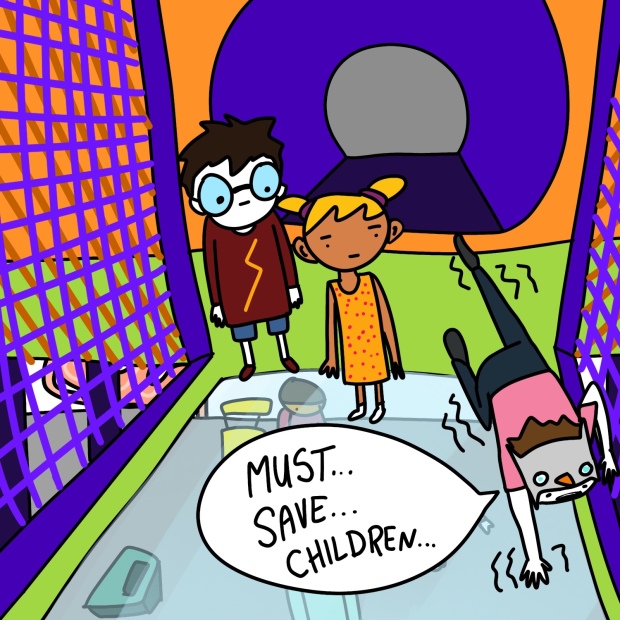 Miraculously, I survived. I caught up with the tots who were looming over the edge of Big Blue. Below is a photo of the slide, and as you can see, there’s a tiny baby child unattended. See? I’m not making this stuff up. 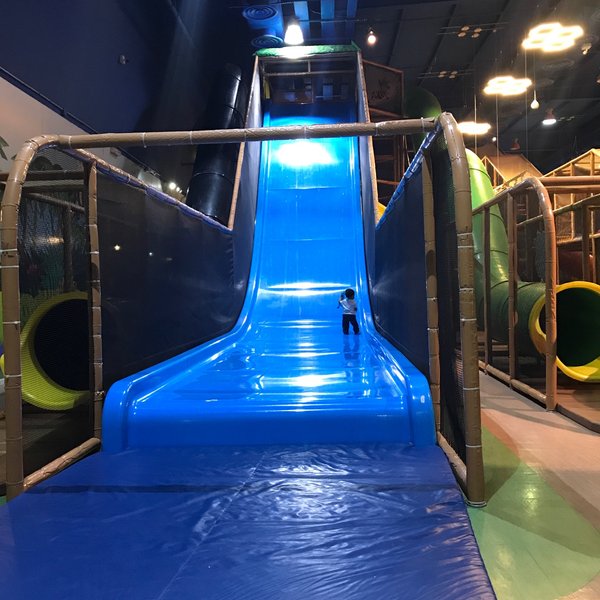 Despite its ominous appearance, this slide was much safer than the other tube slides, and there was no age warning. Once we all arrived to the top, a celebration speech was in order. 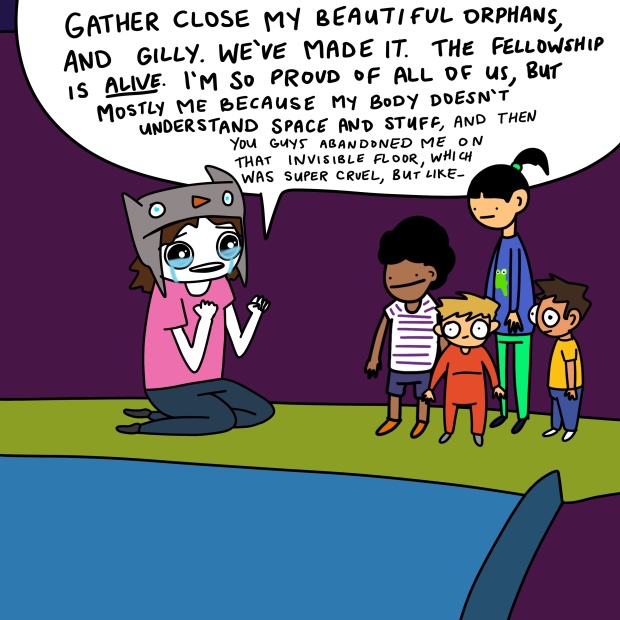 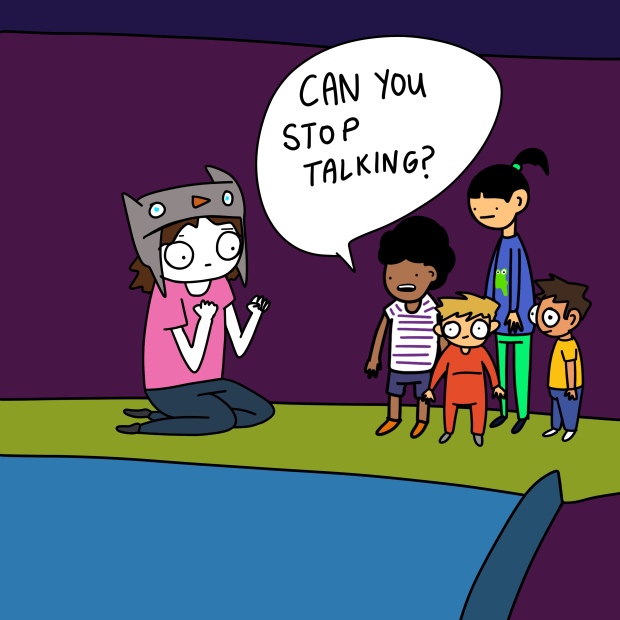 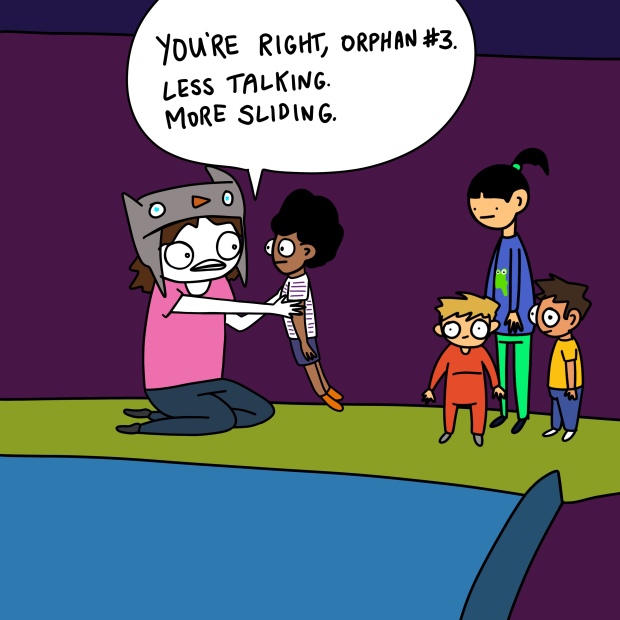 I joined my hands with their germy, sweaty toddler hands, and as the coolest unit ever, we tackled Big Blue. 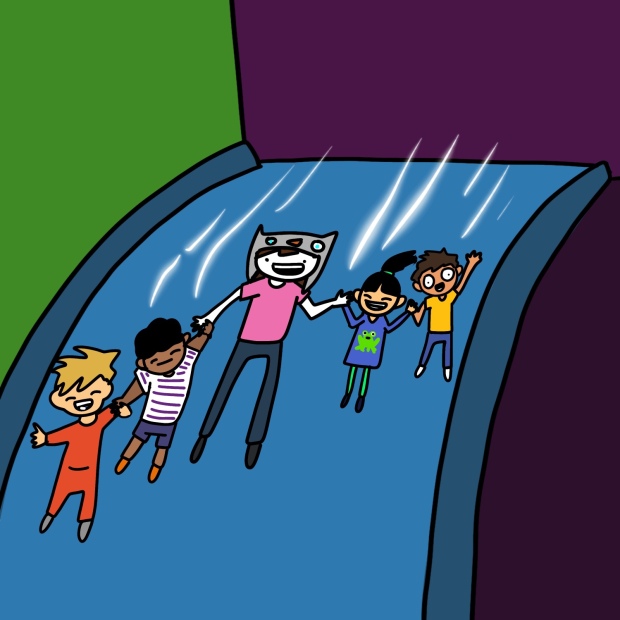 And so ends my story. I don’t know what happened to my Billy Beez fellowship. I imagine they could still be there, roaming around on the edge of danger; failing to read warning signs; flying down hazardous slides; spreading measles; attending toddler business conferences; and all the other things toddlers do in places like this.

If you find yourself in a gigantic indoor playground, make sure you don’t have sensory issues that prevent you from properly navigating the playground before you temporarily adopt neglected children and attempt to lead them through that very same playground.