In other words, can my neurological condition take the blame for my lack of groove?

In a pathetic moment of hormonal-induced rage, my depressed, potato brain had created two options for itself:

1. run around and destroy local property and regret it later while in jail

2. find a sweet-ass dance video on youtube and dance my awful feelings into oblivion

Luckily for everyone, I selected option 2.

After throwing on some terrible pink shorts and a ugly maroon tank top, I was ready.

Youtube provided a wide array of follow-along workout videos. I decided to watch the one with the most attractive, happy, and successful looking people. If I danced with them, I could become them. That’s how it’s supposed to work, right? They were led by her:

Her name is Bipasha Basu; she’s a popular Indian actress with hair that flows and skin that glows.

At first, it was encouraging. All these attractive people dancing and exercising together to make themselves even more attractive. I too, was dancing with them. Bipahsa was talking to me; her incredible abs motivated me; her bronzed cleavage cheered me on.

It would be nice if my dance story ended here:

I danced into the sunset with Bipasha and the crew, as my mental health struggles melted away. Everyone was right – exercise does help!

Within approximately 7 minutes, I realized that I was not only struggling to dance along with Bipasha, but I was completely unable to dance at all.

As Bipasha and the rest of her gorgeous friends boogied effortlessly, I was unable to follow even the most basic dance instructions. 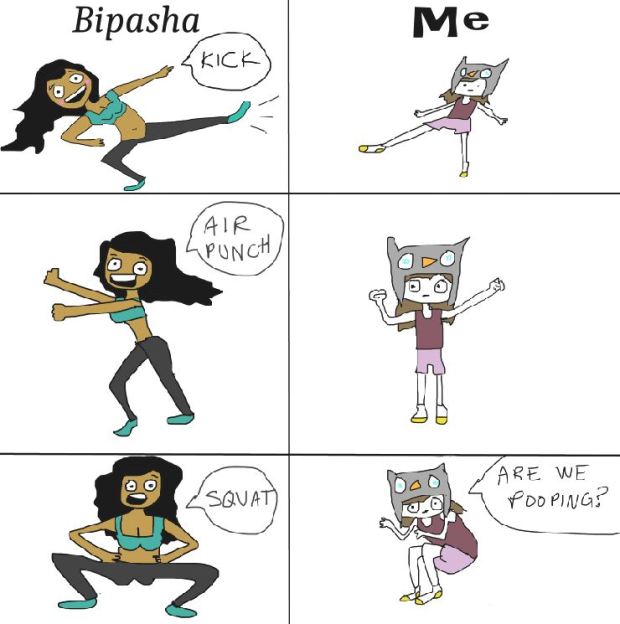 To add to the incredibly low level of self worth I was experiencing, the dance moves became increasingly more difficult and soul-crushing – this one was referred to as the “sexy sway.” I’m not joking, look at the screen shot I took:

I can assure you there was no swaying and there was definitely no sexiness on my end. If I had dance moves, they would probably be: 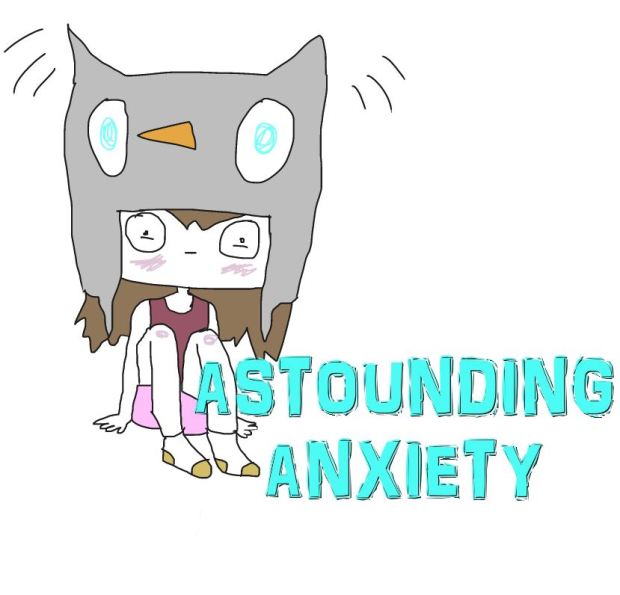 My dog Sam sat silently nearby, judging me. (Also, what a hypocrite! As if Sam can dance better than me! What’s his best dance move you ask? Probably the “Fantastic Fart.”)

To add to the insanity, I danced in the privacy of my own bedroom, which is barely large enough to accommodate regular life activities, let alone dancing and dog lounging. Sam didn’t want to lay on my bed or in any surrounding area. No, he chose to sit right in the middle of my personal dance arena.

What can only be described as some freaky, alien-esque aerobics, the experience left both me and the dog in a state of hyper confusion.

Sam, not being the type to filter his facial expressions, or shower me with unconditional love as other dogs do, was clear about his opinion of me at the time.

My only saving grace was in the few moments during the workout where Bipasha and the gang would march in place. I’ll have you all know that marching in place happens to be one of my special talents.

As I marched in place (into the sunset), I became comfortable with the fact that I cannot dance along to any sort of choreography at this time. (It also occurred to me that I should probably see a neurologist because WTF something is WRONG.)

Maybe one day, when my brain decides to get with the program, I will join in the ranks of Bipasha’s aerobic dance team/squad/army. Until then, I will march on….in place, obviously.